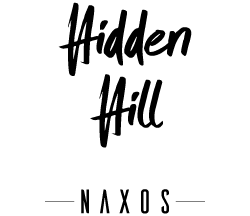 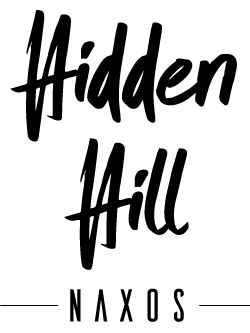 In the area of Oskelos – Kastraki on the island of Naxos, on a mildly sloping plot with spectacular views to the west and the island of Paros, two independent summer residences are built. Access to them from the parking area is made through a common, intermediate, open route, linking the front and back courtyards, while also being their theoretical dividing line.

The building development is linear, forming a composition of smaller volumes. Following the slight slope of the natural ground, the independent volumes have distinct morphology and different levels with each other. At the same time, their radial opening to the broad perspective of the sea view is emphasized by the corresponding arrangement of strong stone elements on the landscape.

The height difference of these independent white cubes contributes to the familiar feeling of small scale that most Cycladic villages have, while at the same time highlighting their independence.

The pergola of each volume follows this change in altitude, using a relatively closed form to actively enhance the entire composition of the project.

Functionally, each residence consists of a large open-space living room and kitchen with direct access to both the backyard, naturally protected by the wind, and the front outdoor space featuring lounge and kitchen areas near the pool.

Villa North has a total indoor surface of 100 m2 with two bedrooms and Villa South expands in 120 m2 with three bedrooms. All bedrooms are equipped with private bathrooms and verandas for each one, and are accessible through the back, gaining independence from the common living areas of the house. The overall outdoor areas, consisting of the backyards, verandas and lounges have a total surface of 340 m2.